Technology has definitely laid the groundwork for more than a few pioneering approaches in delivering accessible and affordable higher education. And the online Master of Science, computer science degree at Georgia Institute of Technology, is a perfect example.

As the massive open online course or MOOC phenomena was taking academia by storm a few years ago, forward-thinking universities like Georgia Tech were beginning to contemplate how this technology could be deployed to lower both tuition expense and time to degree.

So working a partnership with AT&T and the MOOC provider Udacity, Georgia Tech’s college of computing launched a self-paced high-quality graduate program in computer science at a mere fraction of the cost of its traditional program.

But rather than opening it to the masses, the university decided to restrict admission to students from anywhere in the world who met its typically high standards of academic readiness. Still, Georgia Tech knew that by using MOOC technologies it would have the capacity to serve far more graduate students in its online program than it could in its campus-based equivalent, although the two programs would differ in some respects.

So far, this approach is working well with nearly 3,500 students from 79 countries enrolled. And of the more than eight thousand applicants to date, nearly sixty percent of them have met Georgia Tech’s admissions requirements.

What’s more, the average student takes one and a half courses per term rather than the two as originally predicted – a real testament to the program’s rigorous curriculum. Even more impressive? The university’s grand experiment has gotten plenty of media play while the Dean of its College of Computing has shared his vision with academic audiences in at least 12 countries.

Likewise, the university’s institutional peers are beginning to sit up and take notice. A group of Harvard faculty members recently reported that this trailblazing online program is now the largest of its kind in the United States and most likely the world.

They also contend that if enrollments continue to grow with the current rate it will eventually educate eight percent of all American students pursuing a master’s degree in computer science, a pretty sizable number when you consider how many such programs are currently being offered in the United States.

That being said, hats off to the Gazelles at Georgia Tech for breaking new ground in online higher education.

Triumph marked the transformation of education and was noticed worldwide when the first graduates of the MOOC run, Online Master of Science Computer Science degree (OMS CS) program at Georgia Institute of Technology walked across the stage.

Eighteen in all, this first graduating class consisted of 17 men and 1 woman who were already professionals. Graduates included a Canadian that taught at Simon Fraser University and the University of British Columbia while being a full-time data analyst, a Quantcast modeling scientist, a software engineer working for Chinese Internet company based in Beijing, a financial consultant from Ohio and a Google software engineer. The woman is a professional from AT&T, a major partner and financial supporter of the program.

Because of the nature of the program, journalist and publications worldwide have closely covered OMS CS which begun two years ago. The dean has become a frequent flier speaking in at least 12 countries while the program has been covered over 800 times in the media. 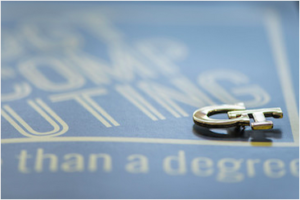 At a cost of $6600, which is one-seventh of the normal costs, this fully online degree program was designed to be a game-changer revolutionizing higher education. Through a partnership with Udacity and AT&T, Georgia Tech was on a mission to be part of the answer to the STEM challenge by bringing affordable, high quality post-baccalaureate computer science to the masses for a fraction of the cost of traditional degree programs.

When the Massive Open Online Courses (MOOC) movement began, thought leaders were interested in how online courses in this format could change higher education at top universities and beyond. Georgia Tech decided to use the same technology, but rather than be open to the masses initially, they restricted participation by carefully selecting students that met the high standards required for a traditional program. Once proven, Georgia Tech is able to accommodate many more qualified students online than they can on campus.

While MOOCs typically attract over 100,000 students to their computer science courses however, the course completion rates tend to be very low. On the other hand, top tier institutions like Georgia Tech typically have strict admission caps limiting the number of applicants. In addition, the cost of a program such as the OMS CS can run upwards of $40,000 U.S.

Georgia Tech envisioned what a game-changer their OMS CS would be. With a 55% acceptance rate and no GRE exam required, it looks like they were spot on. Initially, 380 were accepted into the program.

The OMS CS program at Georgia Tech currently has 6000+ students enrolled representing 109 countries. The student demographics breakdown reveals that current participation by women is at 13.8%. Of the over 17,000 applicants, nearly 60% have met the admissions criteria.

Harvard faculty  stated in a paper that this is the largest Master Program in Computer Science in the U.S. and probably the world. If the program continues to grow at this rate, according to Harvard, that will translate to 8% of the master’s degree in computer science in the U.S. coming from Georgia Tech. 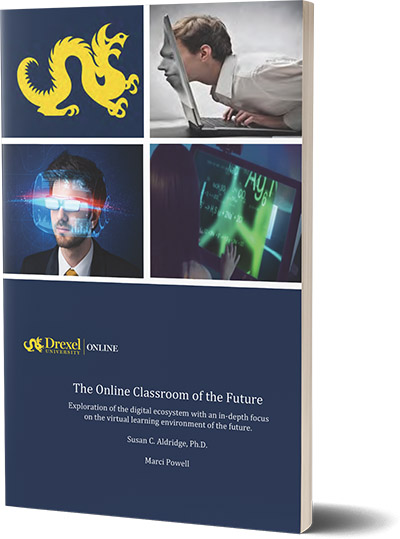