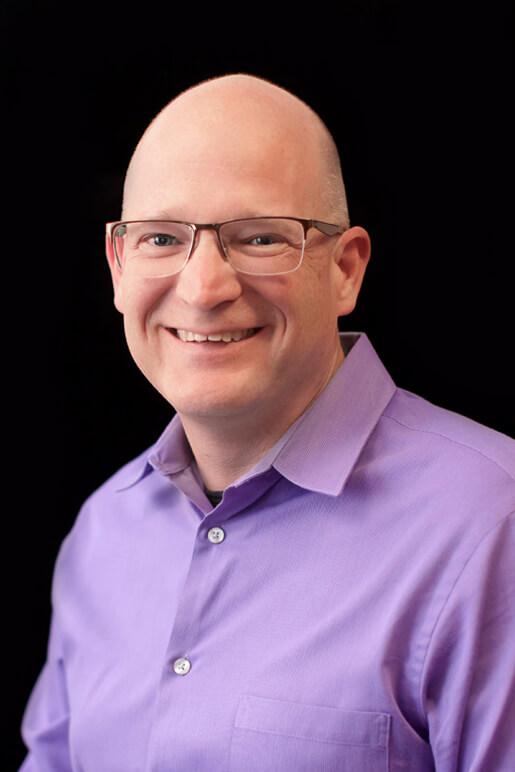 Karl M. Kapp, EdD, is a scholar, writer, and expert on the convergence of games, learning, and technology.

As a professor of instructional technology at Bloomsburg University in Pennsylvania, Karl teaches graduate courses related to the convergence of technology and learning, including a course using virtual immersive environments called Learning in 3-D and a course titled Instructional Game Design.

Karl is a co-principal investigator on a National Science Foundation grant to develop a 3-D interactive game that teaches middle-school students math, science, and engineering concepts. His team developed the game-play design that combines pedagogy with interactive game activities. Karl has written grants worth millions of dollars, acting as both an individual lead grant writer and as part of a collaborative writing team working together to create a winning submission. He’s secured funding from federal agencies, state agencies, universities, foundations and corporations.

In his Tedx Talk, Karl shared life lessons gained from video games.  He has been interviewed for, and published articles in, Training, ATD’s T&D, Knowledge Management, Distance Learning, PharmaVOICE, Forbes Online, Mashable, Huffington Post and has appeared on television and radio programs concerning his work with learning, technology, and game-based design. He is a frequent international keynote speaker, workshop leader, moderator, and consultant. Some of Karl’s awards and recognitions include being named “Rock Star” of elearning by eLearn Magazine and one of the top 20 most influential training professionals, as voted by TrainingIndustry, Inc.

HOST: You talk a lot about learning being more like a game, what do you mean by that?

KARL: I think there’s many elements that we can steal from games and incorporate into our learning design.

Research shows that people are much more motivated to overcome challenges and obstacles and will stick to it longer if they feel challenged. So, instead of starting our modules or our instruction with objectives which are very straight forward, we should start with the challenge to get learners thinking about what they have to overcome and the obstacles that they’re encountering.

The second, I think is feedback.  Often times, especially in learning situations and in college but even sometimes in corporate like pharmaceutical sales and things like that, you don’t test your knowledge til weeks after having originally learned the knowledge and that’s really not a good way to get feedback about what you’re learning. Games have almost immediate feedback loops that allow you to readjust and adjust your behavior.

And then the other thing I think of games do really well is they give you this opportunity to fail.  So often times in learning situations, we don’t want to fail especially in school.  That’s a bad thing.  You can only take a test once and if you fail it, you’re done. So, but games allow you this opportunity to fail and try different things out and think through different ways.  And then you fail safely.  And then you say oh you’re okay to try this and try that. So, I think failure is something we need to embrace more in education than what we’re doing now.

HOST: Where does the story play into this?

KARL: Yeah that’s a good question.  I think story is really an integral part of learning.  So, if you look at the research, again research shows that people learn more from stories than bulleted lists because the story allows us to engage parts of our memory.  So, we have a long-term retention and recall we are able to organize things.  Like a story, we are able to really think linearly. like a story so story really adds that sense of context to what we’re learning about and the great thing is any field that you’re in has stories of people doing great things in the field.

Basically, they’re stories of how to apply knowledge from the field to specific situation. If you look at games many games have this story context behind them that make you think about what why is a character doing this or why should I do that and I think education we need to add more stories. I think we’ve abstracted it too much and I think the stories bring it back down to the human level of interaction so that’s why I think stories are so important.

HOST: So, how does all of this come together? Can you give us an example of what that might look like?

KARL: That’s a great question. So, the other element that really you know mix it with stories and challenges is an element of fantasy. What fantasy allows you to do is that it allows you to kind of suspend your disbelief.  So, one game that I’m working on it’s called Zombie Sales Apocalypse. So, it’s a game designed to reinforce sales skills in a sales organization and we’re actually using it at Humana right now.

And so, what they’re doing is taking their sales model and the context of the game is there’s a zombie virus that’s infecting the person that you want to sell to.  Okay. Yeah and so you have to sell them your product before you get killed by a zombie, right. It’s your brain.  So, we’re not quite that graphic, but they ZAP your energy.

So, what happens is you go in and you’re talking to this person that’s infected with the zombie and they ask you… it’s kind of a branching story and you get points for a matched answering correctly.   We’ve matched the sales model up with a sales conversation so basically what you choose to say maps back or doesn’t but should map back to the model.  And now you can see where your strengths and weaknesses are in the model.

But during the game so you’re talking to this person that’s affected with the zombie virus and then halfway through the conversation they like run away because they’ve got the virus right?  So, now you got to chase them down find out …typical sales actually… And so, the idea is that the whole zombie kind of genre has the sense of a little bit of stress a little bit of pressure.  You have to do it before they turn into zombies.  So, it’s kind of like the real sale situation where you have stress and you have to do things quickly and accurately.  And you can blow through walls if you want to.  You can freeze the zombies.  So, it has a lot of elements of actual video games but really the underneath is …  The story unfolds and you sell your product, but underneath is the tracking of what you’re doing in the game and hopefully, because the zombies are chasing you, you’re not trying to psych-out the game.  You’re actually answering how you would actually answer.  And so, it’s more an authentic feedback, an authentic look at what you’re doing.  And then at the end of the game we have the reporter come in and the reporter interviews.  You know, what was experience like… an assessment element… Exactly right, yeah.  That’s a game.  That’s a game. Yeah, so that’s kind of an example of putting it all together.